Living Power: This Bio-Battery Is Harnessing the Power of DNA 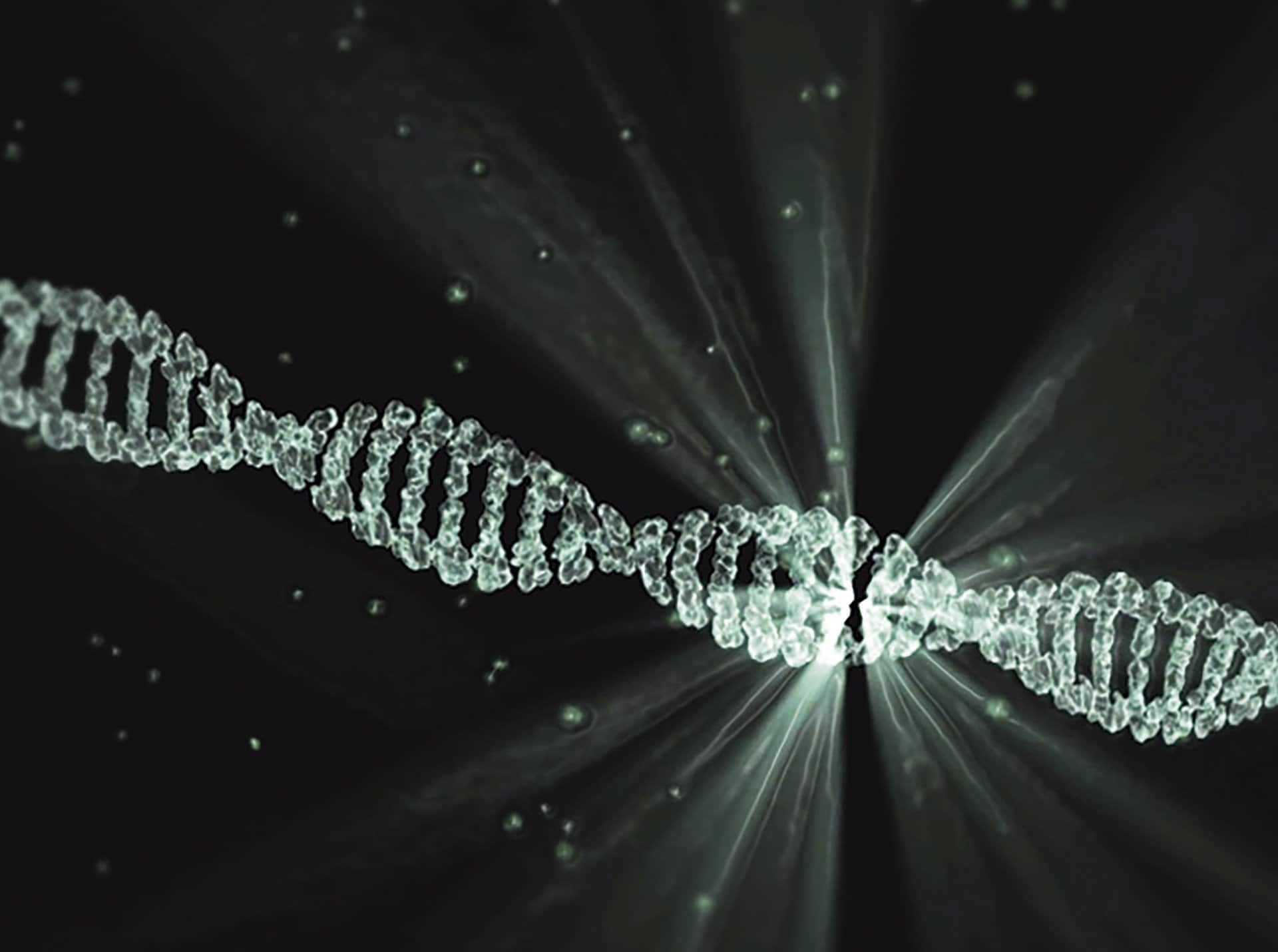 Living Power: This Bio-Battery Is Harnessing the Power of DNA

Solar and wind energy are playing a greater role in powering our world. But large-scale storage is needed to address the natural fluctuations of renewable sources: excess generation when the sun is up or the wind blows, and low supply at night or on still days. High-capacity batteries are key to moving away from fossil fuel dependence. In 2017, 10 gigawatts of battery storage had been deployed worldwide. The International Renewable Energy Agency estimates this global installed capacity of large-scale battery storage systems will increase between 100 GW and 167 GW by 2030.Synthetic biology innovations could aid the transition to a cleaner and more energy-efficient future. One of these innovations is the bio-battery, a biofuel cell powered by enzymes that break down organic compounds for fuel. Most bio-batteries try to mimic the energy capture cascade of a natural system, converting glucose, for instance, to as many electrons as they can release from breaking double bonds through enzymatic and catalytic reactions. To date, most bio-battery models have been inefficient and low-capacity. But now, an international research team may be giving this technology new life through DNA.

A bio-battery’s viability typically depends on three factors. First, there must be good diffusion between the different steps in the cascade, with the byproduct from one enzyme efficiently passing on to the next enzyme in the chain. Immobilizing these enzymes is also crucial to keep them operating for a long time, as they tend to peak quickly and then die off. Finally, actual contact with the electrode itself is vital. Once all the electrons have been liberated, they need to leave the battery's system and enter the electronic device via the battery’s cathode. A partnership between UK biotech company Touchlight Genetics and the Minteer Research Group at the University of Utah is taking a new approach to bio-batteries with DNA.“We were struggling to find materials that could immobilize a large amount of protein and keep it from being denatured,” says Shelley Minteer, head of the Minteer Research Group. The team considered a wide variety of nanomaterials for denaturing proteins and polymers for immobilizing enzymes. “We could come up with polymers that would immobilize some enzymes, but not in large quantities. So the DNA strategy came from trying to have something we could load a lot of material onto but would also have that biocompatibility.”DNA turned out to be a good fit owing to its double helix structure which naturally holds onto enzymes. Moreover, the DNA is naturally in hydrogel form. A cross between solid and liquid, the DNA hydrogel offers the best of both states: It’s solid enough to immobilize the enzymes and liquid enough so smaller molecules and electrons can move through it. The hydrogel sets in situ so it acts as a scaffold for the enzymes and is completely firm against the electrode.

Minteer's team is improving the electrochemical performance of the enzyme oxalate decarboxylase through mutagenesis. It is currently the rate-limiting step of the cascade.To make the cascade more efficient, Minteer used a promiscuous enzyme that can catalyze other reactions in addition to its main reaction. “Most cascades are around 13 steps long, often using 13 different enzymes,” says Sarah Milsom, Vice President of Translation at Touchlight. “Shelley was able to find a promiscuous enzyme that works on different substrates, which means those 13 steps can be covered by four enzymes.” The result is a four-step cascade using three enzymes and one organic catalyst that could fully oxidize a lactate molecule in an anode.Besides efficiency, the DNA-based bio-battery offers several advantages over conventional fuel cells and lithium-ion batteries. Because they consist of DNA, enzymes, lactate, protein, and water—and if their casing is made of biodegradable materials—DNA-based bio-batteries are biodegradable and are less toxic and dangerous. They also have the potential to be renewable.“You can continue to pump cofactors and fuel through them to regenerate the enzymes,” Milsom says. Moreover, bio-batteries could potentially hold a charge for longer, reducing the energy costs of charging and addressing some of the life cycle issues associated with today’s batteries.

A Collaborative Approach to Building Batteries

The transatlantic university-industry collaboration between Touchlight and the Minteer Research Group is a serendipitous one. Touchlight was exploring applications for DNA beyond biopharma, while Minteer and her team needed a large amount of DNA to scale up and commercialize their research. To supply huge volumes of high-density DNA to Minteer’s group, Touchlight developed processes that increase DNA yield in its most concentrated, yet still processable form. Minteer and her team then use this DNA to create the hydrogels with the enzymes and other elements mixed in.“It’s been the right relationship from the get-go,” says Milsom. “We have two technologies we can bring together for something new. That’s a recipe for success.”The project is co-funded by the U.S. Navy’s Office of Naval Research Global and the UK’s Defence Science and Technology Laboratory. “It was a perfect opportunity for international collaboration and to get funding for the project,” Minteer says. “The DNA allows us to put so many catalysts in that we can get our current densities higher. And the cascade of enzymes is what’s helping us get our energy densities high.” The combination of Minteer’s enzyme cascade with Touchlight’s DNA allows the bio-battery to have high densities for both current and energy.

Bio-Power on the Go

Researchers at the University of California, San Diego, developed a phone case that can monitor blood glucose. Source: UCSDA possible application that most excites Milsom is dehydrating bio-batteries for long-term storage. “You could carry around an enormous amount of power capacity — even if it has relatively low current densities — that’s almost weightless, then reconstitute it with fresh or saltwater when you need it,” she says. This would be especially useful for military service members in the field, or as a temporary energy source in disaster zones.Bio-batteries could also serve as energy sources for more portable devices such as smartphones and wearables. “The concept of putting a lot of protein on an electrode surface is useful for a variety of biosensors ranging from fitness sensors to glucose sensors for diabetic patients,” says Minteer. “Being able to put more enzymes makes them more sensitive, and having improved sensitivity could mean they’re more accurate.”

Despite their prospective benefits and promising applications, bio-batteries are a nascent technology. The DNA-based bio-battery project is still in the proof-of-concept stage, and it might take between five and 10 years from prototype and testing to production and adoption.As a next step, the team will take the same approach with the cathode as they did with the anode for more effective oxygen reduction. They’ll also be experimenting with zinc finger domains — DNA binding modules that will allow the team to arrange the enzymes sequentially along the DNA so they bind in the right place — to see if efficiency improves.Most importantly, the team hopes to get high current and energy densities for their DNA-based bio-battery. “We want to make a battery device where you’re not trading energy density to get high current density, or trading current density to get high energy density,” Minteer says. “We want to show it's not a trade-off — you can have both.”

Looking to hear more about how synthetic biology is changing the future of medicine? Join SynBioBeta’s special Biopharma event – Get your ticket today!