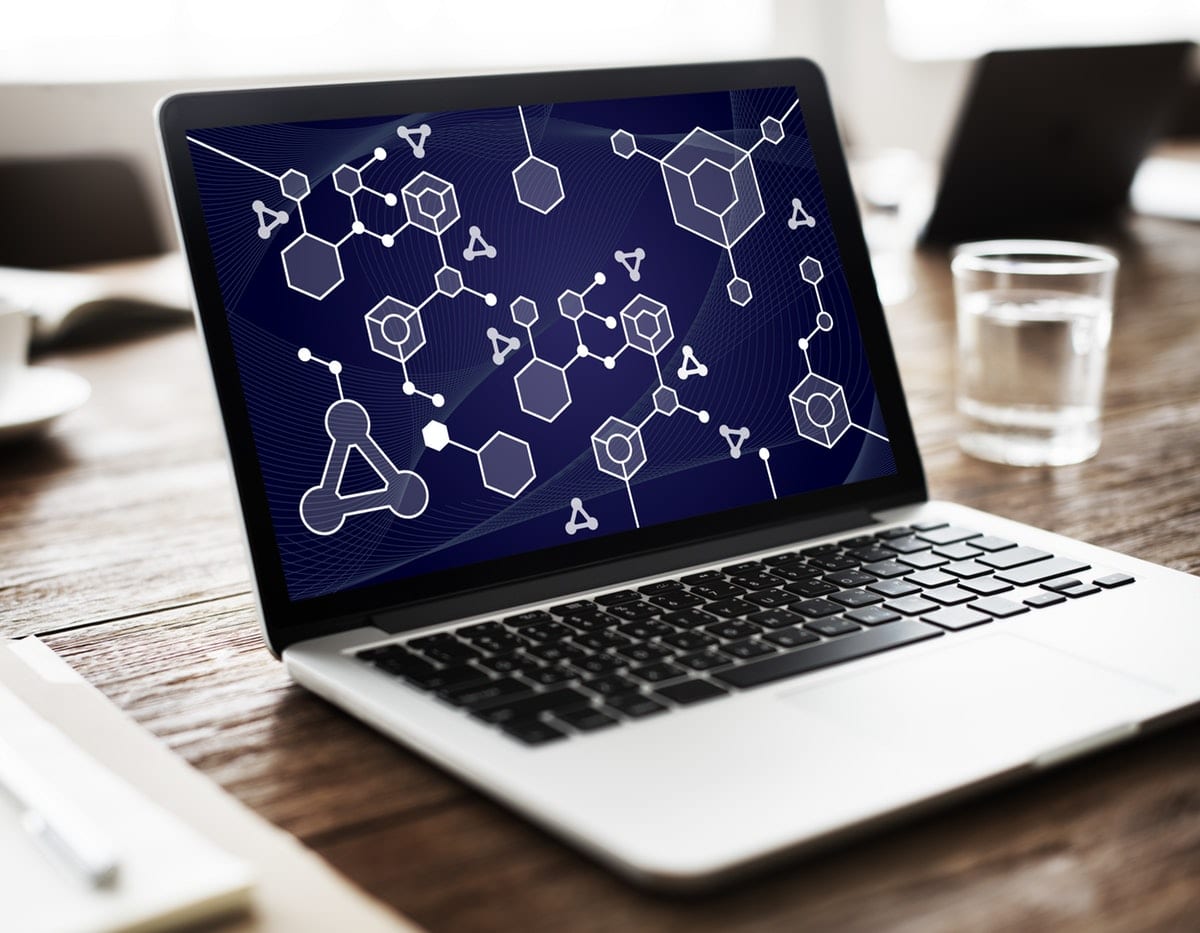 The oldest application of biotechnology is arguably biomanufacturing of insulin. Scientists discovered how to co-opt yeast and bacteria into producing human medicines decades ago. But while producing insulin only requires a single gene, there are many important medicines such as taxol (an anti-cancer drug) that require entire pathways. That’s where synthetic biology comes in. There are a multitude of companies using synthetic biology to engineer pathways that enable microorganisms to produce medically relevant drugs. Famously, Amyris engineered yeast to produce the antimalarial drug Artemenisin. Synthetic biology can also improve in-vitro drug manufacturing. For instance, Codexis uses synthetic biology to develop more efficient enzymes for synthesis of small molecule drugs. Beyond biomanufacturing of drugs, there are many other ways to apply synthetic biology to biopharma research. For instance, there are several companies engineering microbes not only to produce medicines, but to deliver them in vivo. These so-called engineered probiotics could potentially be tuned to produce drugs in response to a particular stimulus or only in certain parts of the body.

As science reveals more about the microorganisms living in and on us, companies are developing microbiome-based therapeutics to target a litany of diseases. Skin microbiome company Azitra shares their approach to effectively developing, testing, and bringing microbiome-based therapeutics to the clinic. Image source: AzitraCompanies are also engineering human cells for therapeutic purposes. This is the basis for CAR-T cell therapy, a promising new approach to cancer treatment. Beyond single cells, some companies are focused on developing synthetic tissues and whole synthetic organoids for research or therapeutic purposes. Companies to watch:

A major goal of the synthetic biology industry is to develop alternative, biology-based methods for industries that typically use petroleum-based products as inputs and produce carbon emissions as outputs. There are many companies working to produce biofuels or bioplastics. For instance, Synthetic Genomics is engineering algae as biofactories for renewable fuel, and Global Bioenergies is developing processes to ferment plant waste into petrochemical precursors.Others are working to fix carbon more directly by attempting to optimize natural carbon-fixers (plants and cyanobacteria). Long-term carbon storage is also a challenge, and it’s one some synthetic biologists think bacteria can solve by converting carbon dioxide into a liquid state. Carbon emissions don’t only come from burning fuel, however. There are also biological and environmental sources of greenhouse gas. LanzaTech sees these sources as a useful starting point for making high-value chemicals. Its carbon recycling technology platform captures and converts so-called biogas from agricultural and municipal waste, then converts it to biofuels and other products.Together, these efforts comprise what could make up a circular economy in which biology is both the source and the byproduct of many of the products that we depend on instead of petrochemicals.Companies to watch:

Carbo Culture is pioneering a product to tackle both agricultural air pollution and soil degradation. Biochar plays an active role in a balanced carbon cycle.

We don’t often think about the science behind our clothing, but if you look at the tags of anything you’re wearing right now, you’ll probably be reminded that fashion is fed by a complex mashup of materials. Clothes are a mixture of plant-based materials (like cotton), petroleum-based materials (like nylon and spandex), and animal-based materials (like leather and silk). The fibers that make up our garments are also almost always bleached or dyed and chemically treated. With all of this complexity, fashion can have a bit of a nasty environmental footprint.There are several companies using synthetic biology to come up with greener alternatives for fashion must-haves. For instance, Tinctorium, PILI, and Colorifix are finding a way to dye blue jeans without producing hazardous waste. In addition, Mango Materials is using bacteria to turn methane into bioplastics for clothing and other goods that will degrade naturally if they end up in our oceans as so much waste does.

Sourcing colors from a range of natural pigments, Colorifix “engineers microorganisms to convert agricultural by-products into dyes. When the microorganisms burst they ‘fix’ the colour to the fabric, thus reducing the need for massive amounts of water,” according to BBC Earth. Photo by Marianna LimasEven fashion icons are taking notice. High fashion designer Stella McCartney is bringing synthetic biology to the runway by partnering with Bolt Threads, a synthetic biology company endeavoring to make synthetic silk and faux leather from mushrooms. Bolt is not alone; synthetic silk companies are popping up all over the world, including AMSilk in Germany and Spiber in Japan, and there’s a company in New York called Ecovative Design that’s using mushrooms to create all sorts of materials for clothing, footwear, and beyond.Companies to watch:

Your clothes may not be the only thing you’re wearing that will soon be shaped by synthetic biology. There are also synthetic biology companies targeting makeup, skin creams, cologne, and perfume. Traditional ingredients for cosmetics are often animal-based, raising purity and animal rights concerns. For example, collagen is a popular ingredient in high-end anti-wrinkle creams, because it’s responsible for skin elasticity. But collagen is sourced from animals, meaning it’s not vegan-friendly, and it can elicit purity and allergy issues. Geltor is using synthetic biology to produce animal-free collagen substitutes. Biossance, an Amyris spinoff, has also used synthetic biology to create an animal-free cosmetic additive, squalane, which was traditionally harvested from shark livers.

HumaColl21™ is just one example of how a biodesigned future leads to better products for improving people’s lives. Image: GeltorIn addition to taking an environmental toll, ingredients for cosmetics and, especially fragrances, can be incredibly expensive. The essence of grapefruit is captured by a flavor compound called nootkatone. At about $200 per gram, true, pure nootkatone is limited to higher end colognes. A synthetic biology company called Evolva wants to change that by producing nootkatone and other fragrance compounds via fermentation. Conagen is also using microbial fermentation to produce high-value flavors and fragrances such as vanillin. Boston-based Ginkgo Bioworks produces fragrances using yeast, and has worked with perfumier Robertet and others to develop fragrances and make them at a commercial scale. The company also successfully created a perfume using the floral scents from several extinct flowers.Companies to watch:

This category deserves several posts all its own. Synthetic biology companies are reimagining the food space in several ways from revolutionizing agriculture to tackling food waste to coming up with more environmentally-friendly sources of food additives. Starting with the plants in the ground, companies like Pivot Bio and Joyn Bio are engineering soil bacteria to end our dependence on synthetic fertilizers. Other synthetic biology companies are focused on what happens to food after it’s harvested. For example, Conagen is engineering strains of microorganisms and novel enzymes to synthesize all sorts of food-additives from food colorings, to sweeteners, to meat tenderizers, to preservatives. Ginkgo spin-off Motif FoodWorks is also using fermentation to brew proteins and nutrients for more delicious and sustainable foods.But companies aren’t just focused on solid ground. AquaBounty, for example, is combining advances in aquaculture with modern genetics to create the world’s most sustainable salmon, while Air Protein is using bacterial fermentation to make protein from the elements comprising the air we breathe.Several companies, such as Memphis Meats and Meatable, are allowing us to have our animals and eat them too, using synthetic biology to create real meat without harming animals or the planet.Companies to watch:

The limited run of Perfect Day ice cream is already sold out, but it showed big food producers how microflora can be used to produce animal-free ingredients for milk, dairy, cheese, and ice cream. Image: Perfect Day Foods.

The five synthetic biology focus areas highlighted here are far from an exhaustive list. And for every company working on a specific application, there are others like Evonetix, Twist Bioscience, Inscripta, Ginkgo Bioworks, and Benchling that are building the DNA synthesis, editing, organism engineering, and data tools that the entire synthetic biology industry depends on. While synthetic biologists offer varying definitions of the field, most will agree that an overarching goal of the industry is to shift our reliance away from chemistry and fossil fuels and towards biology. It’s a lofty goal, but with so many diverse companies working to support it, synthetic biology will have a major role in shaping the future of technology across industries.