The Data Organ: Paradromics CEO Matt Angle On The Future Of The Brain-Computer Interface 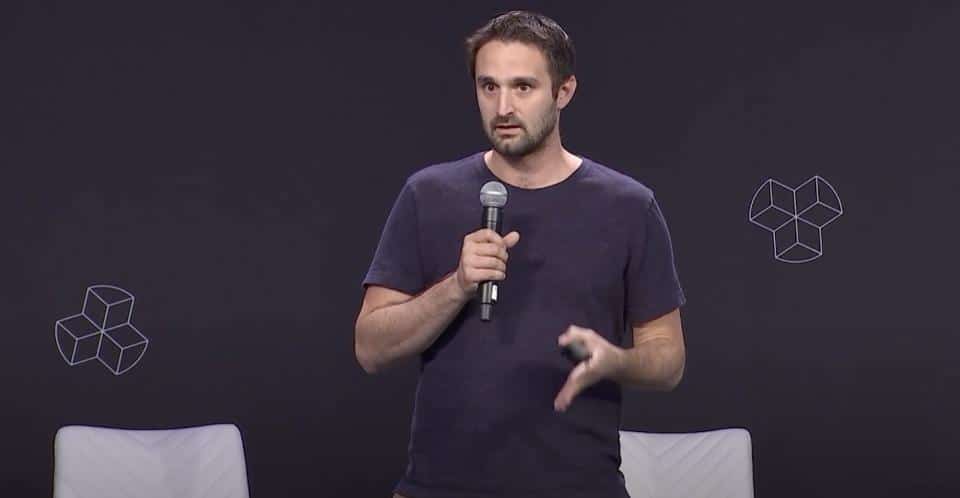 The Data Organ: Paradromics CEO Matt Angle On The Future Of The Brain-Computer Interface

Could computer chips that connect directly to the brain give sight to the blind — or even delete mental illness?

If you're anything like me, the COVID-19 pandemic has already changed your brain. I don't mean through sickness, but through fear. Gone are my restful nights. Instead, I now find myself waking at all hours, jolted by the neurotransmitters running amok in my brain.The brain is at once a powerful and delicate organ. It controls everything we do, yet can fail us completely if not supplied with adequate salt, sugar, water, or rest.To help calm my worried brain, I recently hosted a virtual town hall on the topic of brain-computer interfaces. I wanted to know: how close are we to understanding and reprogramming the activity of the mind?Matt Angle, CEO of the neurotechnology company Paradromics, shared a thrilling perspective on where brain-computer interfaces may soon take us.https://www.youtube.com/watch?v=xWrHZcq-uiY

“The brain is a data organ in the sense that everything that you touch and everything that you experience comes as information to the brain,” he told me. “Similarly, everything that you do — those signals come from the brain.”This mode of thinking — the brain as an information processing engine — is not unique to Angle. It guides a growing group of researchers who believe that, with enough data and know-how, the signals of the mind can not only be understood but reprogrammed through hardware called a brain-computer interface, or BCI.“At some level, the input and output of the brain is information,” Angle explained. “BCI takes that approach and says, when inputs are lost to the brain like sight or hearing, I can supplement those senses by directly delivering the data to the brain. Or when the outputs of the brain are broken — someone becomes paralyzed because the spinal cord is damaged — I can restore autonomy to that person by getting signals out of the brain and moving things around using those signals.”

Could a chip like this one day be implanted in the brain? Researchers in the field of brain-computer interface (BCI) think so. PARADROMICSParadromics is working on a computer chip that plugs into a part of the brain called the cortex. This brain organ is especially large in humans. If unfurled, mine would cover two large dinner plates. Because the cortex is on the surface of the brain, it is the obvious region for BCI-hopefuls to target.A computer chip that could read and write electrical signals just into the cortex would get you a lot, Angle says. “For instance, sight for people who are blind, hearing for people who are deaf.” These miraculous-sounding outcomes are among the first that Paradromics hopes to achieve, but Angle’s ambition goes much further.“We're specifically building a chip that records and stimulates electrical activity, because it's something that's been shown in the clinic to work,” said Angle. “I think where the future of BCI is going is even to look at things like anxiety, depression, schizophrenia obsessive-compulsive disorders. There are many different ways that these could develop, there is a lot of complex biology, but could we look at it from a data perspective? Can we treat the neural activity directly using a device of some sort?”

Nothing like that is yet possible, and some skeptics doubt it ever will be. After all, the brain is still poorly understood. It is both chemical and electrical, and perturbing it with hundreds of tiny electrodes is an enormous engineering challenge that could yield no change or even harm.“The hardware of these things is pretty immature at this point,” said Mark Bunger, who leads the Silicon Valley outpost of InnovationLab. “But it is a really exciting field because there are so many potential ways to solve these problems.”If the brain is to be controlled by a computer chip, it must first be understood at the right level. Angle cites the work of Jane Goodall, the primatologist who spent years studying the behavior of apes and monkeys, and relating that behavior to that of humans. “She was saying things that were true, and scientifically accurate, but they weren't necessarily mechanistic. She wasn't interested in digging into the molecular biology,” he noted.For BCIs to work, they would need a much deeper model of the brain.“If you're interacting with your spouse, you only need a behavioral model for your spouse that will say he or she is going to be happy or sad. You don't need to model it down to the synapse,” said Angle. “On the other hand, if you're looking to treat something clinically, you need to model at the level of the receptor and neurotransmitter interaction.”Paradromics is one of several DARPA-funded companies racing to create a device that could record information from one million human neurons at once. While that would amount to a tiny fraction of the brain’s many billions of synapses, it would constitute a monumental lead for this nascent field. “Even just 100 implanted electrodes can do a lot,” said Angle.Elon Musk’s firm Neuralink is pursuing similar goals. Musk himself poured $100 million into their BCI research, saying the long-term goal for the species must be “merging with AI.”“At Paradromics, and Neuralink as well, we are looking at doing thousands of neurons, and eventually many, many thousands of neurons and many many thousands of implanted electrodes. The data rate for the next generation of BCI will be even more than what you're seeing in clinical trials now.”Follow me on Twitter at @johncumbers and @synbiobeta. Subscribe to my weekly newsletters in synthetic biology.Thank you to Ian Haydon and for additional research and reporting in this article. I’m the founder of SynBioBeta, and some of the companies that I write about—including Paradromics—are sponsors of the SynBioBeta conference and weekly digest. Here’s the full list of SynBioBeta sponsors. Originally published on Forbes: https://www.forbes.com/sites/johncumbers/2020/04/19/the-data-organ-paradromics-ceo-matt-angle-on-the-future-of-the-brain-computer-interface/