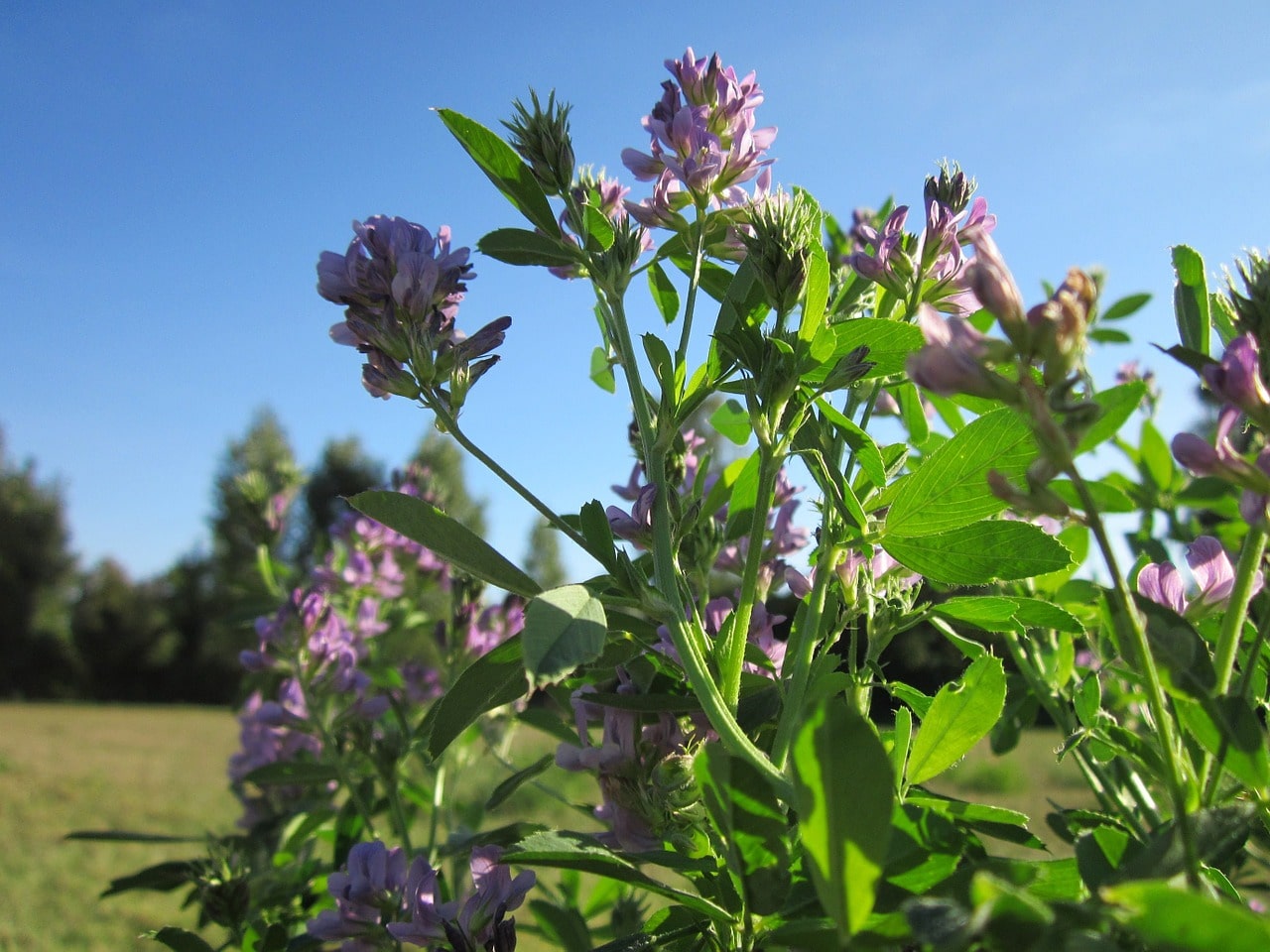 In 2018 we used an estimated 117 million tons of nitrogen in the form of fertilizers. The main source of this fertilizer is the Haber process, an industrial chemical reaction that takes place under high pressure and temperature, and requires the consumption of natural gas. Given that 78% of atmospheric air is molecular nitrogen, this seems like a terrible misuse of resources. The problem is that plants cannot use nitrogen directly from the atmosphere, but extract it from the soil in the form of nitrates or ammonia.

The global nitrogen cycle. Image by M Maraviglia (CC BY 4.0)Nitrogen can be absorbed by plants as ammonia, urea, and nitrate salts. Plants have developed ingenious ways to obtain the nitrogen they need. One of the most dramatic adaptations is employed by carnivorous plants: attract and consume insects, thus obtaining vital nutrients. However, most plants rely on nitrogen-fixing bacteria to transform molecular nitrogen to one of the bioavailable chemical compounds. And while free-living bacteria can do the job, many plants – mainly legumes – form a symbiotic relationship with such bacteria in their roots.

The rhizosphere, the area of the soil directly related to the plant roots and secretion, is a unique and diverse ecosystem. The importance of its microbial composition is profound, as the bacteria and fungi living there can be either important symbiotes or dangerous parasites. Some fungi participate in mutually beneficial associations (see mycorrhiza), while plant pathogens use the roots as their points of entry.Bacteria living in the rhizosphere participate in nutrient cycling. Microbial communities coordinate their enzymatic activities, using quorum sensing, and signal to each other when it’s the optimal time to express and secrete proteins. As enzymatic nitrogen fixation is extremely energy-demanding, microbes need to optimize their resource commitment.Plants have some control of the microbial activities around their roots. This control is showcased by how legumes form their root nodules, the specialized organelles that fix atmospheric nitrogen. Plants use chemical signaling – plants are nature’s most efficient and creative chemists – to attract and modulate the activities of nitrogen fixers.

Nodules growing on the roots of Medicago italica. Image by Ninjatacoshell, CC BY-SA 3.0The principle of this control method is simple: the plant releases a compound, the bacteria sense it, and modify their behavior according to this stimulus. Looking at this from a synthetic biologist’s perspective, an obvious question springs to mind: can we adapt and engineer this process for other functions?

A research team from the Universities of Oxford and Cambridge recently reported a very interesting study on the topic. The scientists display an elegant system where plants control the expression of a heterologous gene in a bacterium within their roots.The researchers characterized a group of compounds called rhizopines, which are secreted by some nitrogen-fixing plants. They synthesized one rhizopine and engineered a simple synthetic biology circuit: the molecule’s presence activates the expression of a fluorescent protein. This biosensor was expressed in the nitrogen-fixing bacterium Rhizobium leguminosarum.The next step of their research is where things get interesting. The scientists transferred the biosynthetic pathway of this rizhopine to a Medicago plant that doesn’t normally produce it. The plant successfully secreted the rhizopine into its roots and activated fluorescence in the biosensing bacteria. This approach also worked in barley, a crop plant that has no root nodules and is significantly different than legumes.

This work by Barney Geddes and his collaborators opens a new field of research with a significant application potential. Such a system allows the establishment of new interaction pairs between plants and microbes. Plants – via genetic engineering – can gain the ability to attract and control natural or transgenic microbes. And with new root microbe composition come novel plant capabilities. But we should be cautious. Engineering a fluorescent switch is one thing, but gaining control of a complicated metabolic pathway or altering the microbiome composition are more complex and challenging.Attracting specialized bacteria can be a first step towards engineering nitrogen fixation to crop plants and trees, reducing the environmental impact of agriculture and mitigating climate change. Giving crops control over nitrogen fixation will dramatically reduce the use of fertilizers and the associated (financial and environmental) cost.This field has attracted the interest of both researchers and entrepreneurs. Joyn Bio, a joint venture from Ginkgo and Bayer, is exploring how engineered microbes can interact with the plants and whether they can become a living fertilizer. Pivot Bio is another company active in this space. Last year they received $70 million in seed funding, and their aim is to reduce farmers’ dependence on fertilizers. Their approach does not include transgenic organisms, which makes product regulation and distribution more straightforward.Another application could be the biological control of root pathogens, where plants sense their adversaries’ presence and signal to the neighboring plants to activate their natural defences or promote the growth of species that directly compete with the said pathogens. This could reduce crop loss and the use of antifungal agents. Taking things further, plants could use similar strategies to defend themselves from parasitic plants or insects.The root microbiome is for plants similar to what the gut microbiome is for humans in many ways. It’s the interface between organisms, where nutrients are absorbed, and where different species compete and coordinate. And it can be directly linked to metabolism and some disease states. As engineering biology becomes easier, and as complex biological systems are better understood, we will see more creative ways to explore microbial communities and use them beneficially.