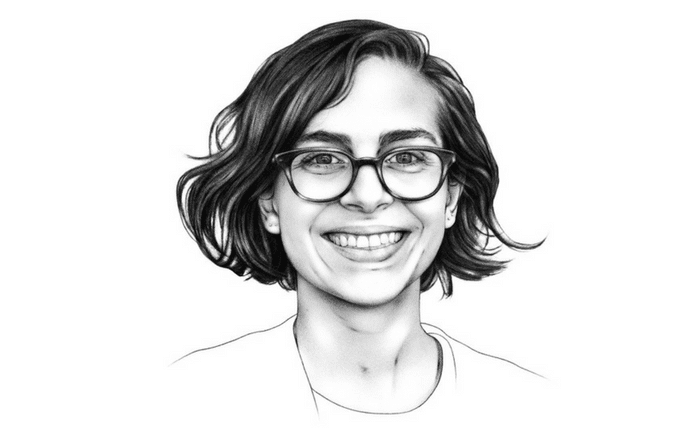 This article is brought to you by Ginkgo Bioworks, which is developing new organisms that replace technology with biology. To learn more about how their custom microbes serve customers in fermentation, pharmaceuticals, and more, please visit ginkgobioworks.com.The future is what Yasaman Sheri is all about. A designer working in the field of sensing and perception, her work explores how new technologies like synthetic biology can shape possible futures. Yasaman was a designer of the Microsoft Hololens Operating System and led the design interactions for gestural augmented reality interfaces. She has also explored design for other senses, including haptics, flavor, and smell. Ginkgo Bioworks recently announced that Yasaman will be joining them as their Creative Resident this fall, where she’ll look at how synthetic biology might enable new types of sensing and interactions at the intersection of design and biology. In this interview, SynBioBeta contributing editor Yan Liu talks with Ginkgo’s Christina Agapakis about their Creative Residency Program and Ginkgo’s thinking about our shared future.

Yasaman Sheri will be joining Ginkgo Bioworks as their Creative Resident this fall. They believe that multidisciplinary thinking has the power to open up new opportunities for synthetic biology and to catalyze crucial conversations about our shared futures on this planet and beyond.Yan Liu: I believe the Creative Residency Program arose from a brief conversation between Christina Agapakis and systems thinker Natsai Audrey Chieza at a Biofabricate Conference some years ago. We all have been to many conferences, and have had many meaningful (or meaningless) conversation that bear no fruit. What’s Ginkgo’s secret of turning conversations into powerful information that give birth to actions and new structures?Christina Agapakis: It’s never only one conversation, but everything starts there. I’ve found that those links based on shared ideas and interests sparked by a conversation can be maintained and strengthened over time on social media and on the conference circuit. New ideas and opportunities emerge from those connections if they’re nurtured.Yan Liu: Ginkgo has become a darling of biotech, with the power to attract diverse groups together, as you are doing with the creative residency. In what ways do you hope to leverage this power to convene?Christina Agapakis: Many scientists now look to art and design as ways to engage the public and to communicate complex scientific concepts in accessible ways. That’s certainly valuable, and I love the conversations that have been sparked by the residency so far. But that conversation can’t be one way—it’s not just about changing how non-scientists think about science and technology. To make science and technology work for people we also have to change the culture of science. An artist in the lab is a double agent. I see the power of art & science collaboration as being able to fundamentally change the culture of science itself.

Christina Agapakis: Interdisciplinarity is pretty trendy these days, no? I think Ginkgo was born out of synthetic biology, which was always interdisciplinary. Ginkgo wouldn’t exist at all without engineers and biologists and computer scientists and chemists coming together and wouldn’t have been able to grow as it has without folks from all kinds of backgrounds, whether it’s science and engineering, business and finance, communications and marketing, facilities and operations. Extending that to art and design has been a vital and vibrant aspect of synthetic biology for nearly a decade now, with programs like Synthetic Aesthetics. Interdisciplinarity like this is core to the mission of making biology easier to engineer.

Yan Liu: Can you recommend some books, websites, authors, or articles for expanding the boundary of one’s knowledge/imagination to our readers?

Someone who really inspired me to think about science and its role in society differently is Evelyn Fox Keller. She was initially trained as a biophysicist but has had a long and influential career in the history and philosophy of science. I published an interview with her a few years ago, which is a good start to learn about her and her work. Her thinking particularly on gender and language in science have shaped how I approach science and influence my work with designers. Her books Reflections on Gender and Science and A Feeling for the Organism are favorites of mine.

Christina Agapakis describes how the incredible feats of biology can be integrated into human-driven design at PSFK 2017.

Christina Agapakis and Natsai Audrey Chieza will be speaking at SynBioBeta 2018 during the “Synbio and Design” session on Wednesday, October 3. Register for the conference before August 31st.