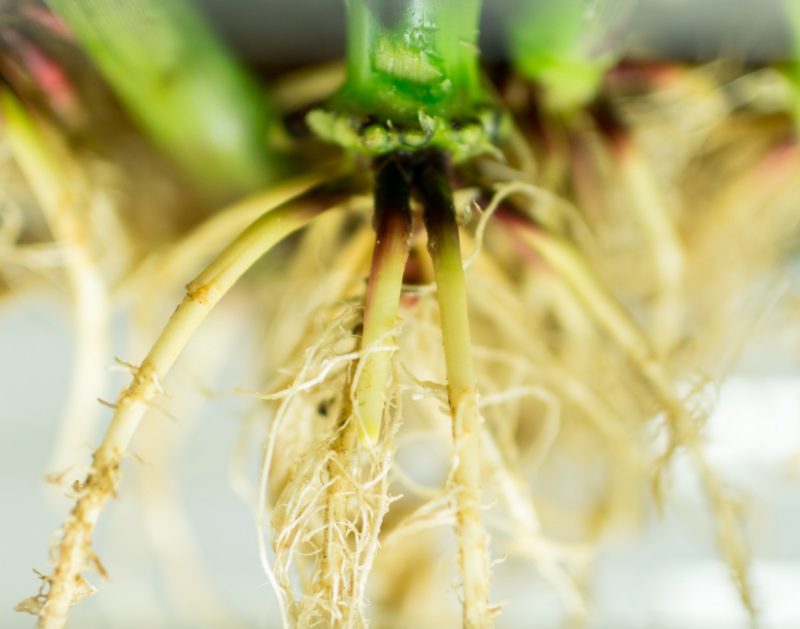 This story is brought to you by Pivot Bio, a company dedicated to providing farmers with solutions, so they can grow high-quality, environmentally-responsible and sustainably focused food crops that help feed families worldwide. For more information, visit www.pivotbio.comThe world population is growing, food and clean water shortages are increasing, and our planet is getting hotter all the while. We urgently need viable solutions to tackle these global challenges. Pivot Bio is addressing all of these issues with the first-ever clean alternative to synthetic nitrogen fertilizer.Pivot Bio has taken a revolutionary approach to crop nutrition. But the concept behind their technology isn’t new, it’s ancient. Keira Havens, Pivot Bio’s Industry and Regulatory Affairs Manager, spoke about Pivot Bio’s scientific mindset. The company has done away with what she called the “impose” model of bio-science. Instead of forcing nature to achieve a specific outcome, explained Havens, “Pivot Bio is using relationships in nature that already exist.” The company has “fine-tuned” nitrogen-producing microbes to “spoon-feed” crops, potentially eliminating the need for synthetic nitrogen.Nitrogen is essential for all life, including plants. But plants can’t pull nitrogen from the atmosphere by themselves. Instead, they rely on microbes in the soil to break down atmospheric nitrogen into digestible ammonia. The more nitrogen-rich the soil, the greater overall crop yield. Without nitrogen fertilizer, we would only be able to produce about half the food that we do now.But chemical fertilizers have serious drawbacks. Only about half of the synthetic nitrogen added to fields gets used by the crops. The rest is lost to the elements. Fertilizer washed away in the rain leaches into groundwater and creates ocean dead-zones, areas so toxic no life can survive. One of the largest of these dead-zones—where the Mississippi Delta empties into the Gulf of Mexico—is the size of New Jersey.Synthetic nitrogen also generates air pollution. Any fertilizer that the plants don’t use is often converted into nitrous oxide. Though the amount of nitrous oxide released is relatively small, it is 300 times more potent than carbon dioxide. As a result, nitrogen fertilizer is responsible for 5% of global greenhouse gas emission.Currently, 50% of farmers worldwide use chemical fertilizers and many are anxious for an affordable, renewable alternative.

Image: Pivot BioPivot Bio’s in-furrow solution, Pivot Bio PROVEN™, employs nitrogen-producing microbes to transfer nitrogen directly into the plants’ roots. The microbes mature with the plants, ensuring the crops get the right level of nutrients during peak growth. Pivot Bio’s system as a whole offers farmers greater reliability and predictability when it comes to plant nutrition. Field tests have consistently produced healthier, more abundant crops.Pivot Bio didn’t create these microbes from scratch, they already exist in the soil. But their nitrogen-producing capabilities had gone dormant in the last 100 years following the introduction of nitrogen fertilizer.Pivot Bio co-founders Karsten Temme and Alvin Tamsir were initially studying the intricacies of nitrogen fixation—the process of breaking nitrogen down into ammonia— when they came across these hibernating microbes. Together, they developed a method to re-enable the microbes’ nitrogen-fixing genes. With these microbes, Pivot Bio can grow biological nitrogen fixation to the scale of modern agriculture.But it’s not enough to genetically tweak microbes. Each plant species prefers different types. Pivot Bio’s team started with corn. They tested thousands of samples from corn fields across the US to find out which microbes corn likes best. When paired correctly, the microbes live directly on the corns’ roots.Pivot Bio’s CTO, Ricard Broglie, thinks of the microbes as having a mutualistic relationship with the plants. He prefers to avoid the term “symbiosis.” “That word conjures up images of ribosomes, and that’s not what this is.” The microbes live independently from the plant, feeding off the carbon dioxide the crops release through their roots.“There’s a communication between plants and microbes,” said Havens. “It’s not unlike our own microbiome. Pivot Bio is like a probiotic. It’s added to the soil to supplement nitrogen fixation.”Pivot Bio PROVEN™ has been field-tested in more than 5,000 plots in over 100 locations. The results have been extremely promising. Their early success has inspired investors. Pivot Bio just announced a Series B of $70 million, led by Bill Gates’ Breakthrough Energy Ventures. This new funding propels them into their 2019 commercial launch for US corn farmers.Pivot Bio’s product could not come at a better time. On Monday, the UN released an alarming climate report which concludes that our planet could feel the worst effects of climate change as early as 2040. Cutting greenhouse gas emissions is more critical than ever. According to Pivot Bio, if every US farmer incorporated Pivot Bio PROVEN™, it would be the equivalent of taking 1 million cars off the road.Pivot Bio isn’t stopping with corn. They are developing their next generation of products for row crops like wheat and rice. They are also actively looking beyond the US to areas like Canada, Argentina, and Brazil. For Havens, it all goes back to the question of the big picture: “What does it mean to build a project that impacts the whole world?”